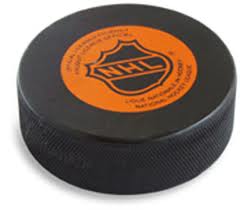 Gary Roberts monitors a client enrolled in his program at the Fitness Institute in North York.

After almost a decade playing in the National Hockey League, Gary Roberts feared that his days as a professional athlete were finished.

Thirty years old at the time and a left winger for the Calgary Flames, Roberts suffered a neck injury that left him with severe nerve damage and numbness in his arms. Repeated surgeries and rehab had little effect.

“I couldn’t hold a steak knife to cut my food,” he recalls. “My career was over. I was a pretty lost soul.”
But then, after a visit to a sports chiropractor in 1996 to relieve stress and reduce scar tissue in his upper spine and neck, Roberts regained his strength and mobility. He returned to the ice to play professional hockey for another 13 years.
“It saved my life,” says Roberts, who eventually retired from the NHL four years ago. He is now an advocate of chiropractic treatment as a complement to proper nutrition and training techniques — a program offered in his eponymously named Gary Roberts High Performance Centre at the Fitness Institute in North York. His highly regarded fitness and nutrition regimen is customized to his clients, be they elite and junior hockey players or business executives who want to be physically active.
“[Whether] you’re a professional athlete or a weekend warrior, the results are the same — your body gets beaten up,” says Roberts. “Chiropractors have taken sports to a new level.”
Dr. Mark Scappaticci agrees. Integrated techniques such as active release techniques (ART), manipulation and acupuncture are increasingly used to help athletes recover from injury and to perform at their best, says Dr. Scappaticci, a sports chiropractor who practices in Niagara Falls and Toronto. Roberts has been a client of his, as well as Olympic gold medallists Donovan Bailey and Jackie Joyner-Kersee.
\
Currently, Dr. Scappaticci is on staff at the Toronto Blue Jays front office as a consulting chiropractor.
Sports chiropractors understand the biomechanics of different sports and the injuries that can result from them, he says — injuries typically related to the build-up of abnormal tension in tissues, which increases with repetitive use of those muscles.
In order to restore and enhance function, sports chiropractors apply research-based therapies involving soft tissues (muscles), the nervous system and the joints.
“When those three things are operating optimally, we can optimize biomechanics,” Dr. Scappaticci explains. He also points out that there are long-range benefits from treatment beyond sessions on the track or rink, where results are immediate. “We are talking about significant improvements in performance parameters.”
Chiropractic techniques, along with an integrated approach involving other types of therapies such as massage and osteopathy, can help athletes across the sports spectrum, from football and hockey to squash and golf. He says they work “phenomenally” with elite athletes who want to recover from injury and perform maximally. But the results are “even more astounding,” he notes, for non-pro-athlete patients with active lifestyles — say, those experiencing knee stiffness from jogging or shoulder pain from swinging a golf club.
Newer methods used by chiropractors, such as ART and acupuncture, appear to be helpful in treating the strains, tears, imbalances in muscle groups and tendon inflammation that lead to injuries in all types of athletes, says Dr. John Theodoropoulos, an orthopaedic surgeon and sports medicine specialist at Mount Sinai Hospital in Toronto.
“Everyone is high-level, everyone takes sports seriously now,” he says. As well, a “multidisciplinary approach” involving chiropractors, physiotherapists, massage therapists, trainers, strength coaches and surgeons is increasingly common nowadays.
And although the medical community would like to see more scientific research on the effect of chiropractic in sports, Dr. Theodoropoulos says those who receive chiropractic care swear by the results. “When athletes refer to their doctor,” he says, “their doctor is usually a doctor of chiropractic.”
Meanwhile, Dr. Scappaticci is planning a study beginning in October, wherein members of Britain’s Olympic track-and-field team will receive different levels and types of chiropractic treatment, after which their performance will be compared and analyzed. He’s interested in helping athletes achieve their full potential through an integrated approach to chiropractic and to be able to do it injury-free.
“If you want to improve outcomes,” he says, “you have to have more tools in your toolbox.”

This site uses Akismet to reduce spam. Learn how your comment data is processed.

You have Successfully Subscribed!